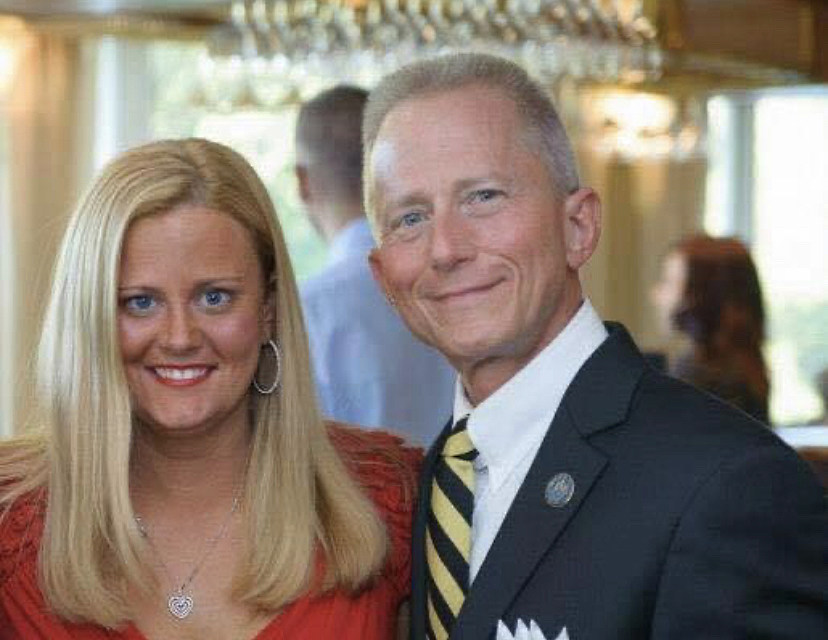 I mean every word of the sub headline above. This is the column that is more than 25 years in the making.

Truth be told, I should have written it many years ago.

Murphy is one of the most dedicated and hard-working public servants you will ever find in any walk of life.

Murphy’s commitment to public service can be measured in decades at the local, county, state and federal levels.

It should be noted that Congressman Van Drew shines brightly in the most important area of constituent service. No doubt about that. It’s been a hallmark of his storied career at all levels of government.

It’s also important to share that Murphy shines just as bright and never takes the credit for anything. She simply gets the job done each and every day.

New Jersey’s 2nd Congressional district has built a reputation for excellence in constituent service for at least the past 45 years with former Congressmen Bill Hughes and Frank LoBiondo.

These were “big” shoes to fill.

The Van Drew - Murphy team didn’t skip a beat. The level of constituent service achieved over the past 2 years and two-plus months has been exemplary.

The Van Drew - Murphy synergy is rare. It’s decades in the making. The public is served extraordinary well because if it.

They get the job done. They never offer excuses. They stay focused and work effectively well on behalf of the taxpayers.

Party affiliation has never mattered a lick to them. They’ve served the public as both registered Democrats and Republicans.

They don’t look at things through a partisan lens. They willingly serve the people ... not a political party.

The role of Chief of Staff is such a critical one. You are the Quarterback and Gatekeeper, all rolled-up into one.

It’s a highly dynamic role, which requires great executive skills and an ability to multitask at the speed of light.

Things move fast in Washington and in the district. It almost requires having “eyes” in the back of your head in order to successfully fulfill the complex and myriad of tasks that have to be accomplished on a daily basis.

In Murphy, we have the prototype public servant. She’s always focused upon how each decision will impact the citizens of District 2.

Great things can be accomplished when you don’t care about who gets the credit.

This is how Murphy has always done it.

My Father taught me as a young boy ... “If you want something done right ... Give it to a busy person.”

This is how Murphy operates. She can always manage one more thing.

We’re fortunate to have Allison Murphy in this vital public position at this critical moment in American history.

The stakes have never been higher.

Today, I proudly shine the public spotlight on Allison Murphy, who has been a quintessential, key public official since the election of Congressman Van Drew in 2018.

Allison Murphy has helped more citizens in more ways than we’ll ever know.

We rarely take the time to thank public officials. We should do it more often, especially for the ones who deserve it ... like Allison Murphy.

Women have left marks on everything from entertainment and music to space exploration, athletics, and technology. Each passing year and new milestone makes it clear both how recent this history-making is in relation to the rest of the country, as well as how far we still need to go. The resulting timeline shows that women are constantly making history worthy of best-selling biographies and classroom textbooks; someone just needs to write about them.
Scroll through to find out when women in the U.S. and around the world won rights, the names of women who shattered the glass ceiling, and which country's women banded together to end a civil war.
Filed Under: Allison Murphy, Harry Hurley, Jeff Van Drew
Categories: Articles, Harry Hurley, Politics
Comments
Leave A Comment
Atlantic City Talk Radio Host On-The-Air Live: September 11, 2001
10 Best Atlantic City Area Restaurants (Non-Casino)
Opinion: Rep. Van Drew Vows to Investigate Fauci
NJ Congressman Van Drew Calls Out Weaponizing Of The IRS
Thank you For 30 Years At Townsquare Media Atlantic City
NJ Governor Has Message for Women in Other States Who Need an Abortion
15th Annual ‘Hurley in the Morning’ Charity Golf Open In Linwood, NJ
Life Lessons Learned By A New Jersey Boy During Bout With COVID-19
Hurley: I Eluded COVID-19 for 806 Days, Until Today!