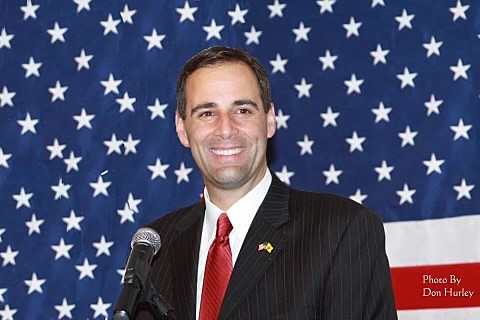 After strong showings in Egg Harbor Township, Northfield and Somers Point, the Polistina, Guardian & Swift ticket are continuing their winning ways with another key Republican win in Linwood.

The Atlantic County Republican Convention is less than one week away, on Saturday, March 20, 2021.

"I am proud to receive and announce the support of the Linwood Republican Club," Polistina said. "Linwood and their club members recognize the importance of choosing the strongest potential ticket to represent the residents of Legislative District Two in the November election.”

"I am honored to have their support, in addition to the other clubs within the district. We will work tirelessly for the residents in our district, whether we have received their endorsement or not. It feels good to know that Linwood and other local Republican clubs believe in us, we won't let them down." concluded Polistina.

Women have left marks on everything from entertainment and music to space exploration, athletics, and technology. Each passing year and new milestone makes it clear both how recent this history-making is in relation to the rest of the country, as well as how far we still need to go. The resulting timeline shows that women are constantly making history worthy of best-selling biographies and classroom textbooks; someone just needs to write about them.
Scroll through to find out when women in the U.S. and around the world won rights, the names of women who shattered the glass ceiling, and which country's women banded together to end a civil war.
Filed Under: Claire Swift, Don Guardian, Harry Hurley, Vince Polistina
Categories: Articles, Harry Hurley, Politics
Comments
Leave A Comment
Back To Top